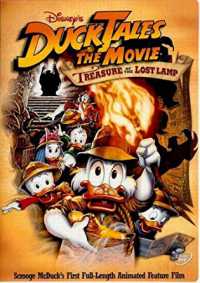 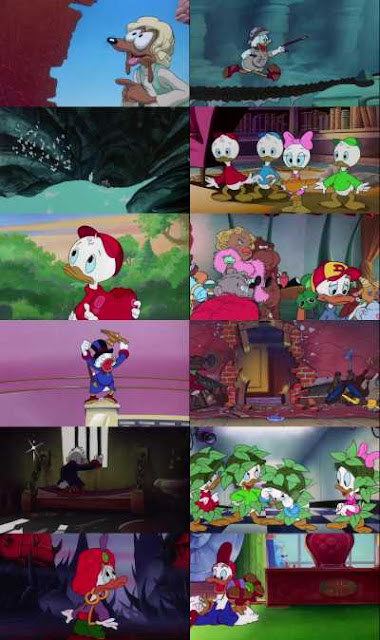 Scrooge McDuck travels to the Middle East to inspect a recently discovered treasure chest he is certain contains the treasure of the great thief Collie Baba, accompanied by Huey, Dewey and Louie, Webby Vanderquack, and Launchpad McQuack. Although initially disappointed when the chest seems to only contain old clothes, Scrooge is excited when an ancient treasure map is found in the pocket of an old robe. Guided by the thief Dijon, they set out to find the lost treasure, not realizing that Dijon actually works for the evil sorcerer Merlock, who desires something Collie Baba owned. The group discovers Collie Baba’s treasure in a sand-covered pyramid. Webby sees a lamp in the treasure, which Scrooge lets her keep since it does not hold any value. After packing up the treasure for transport, Scrooge and his group are trapped in a room full of monstrous scorpions by Merlock and Dijon, who steal the treasure. However, Merlock discovers that the lamp has been stolen; he drags Dijon with him to locate it. Scrooge and his friends manage to escape from the pyramid and, with nothing more than Webby’s lamp, depart for Duckburg.