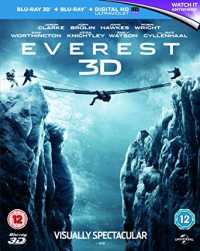 Everest is a 2015 biographical adventure film directed and produced by Baltasar Kormákur and written by William Nicholson and Simon Beaufoy, adapted from Beck Weathers’ memoir Left for Dead: My Journey Home from Everest (2000). It stars an ensemble cast of Jason Clarke, Josh Brolin, John Hawkes, Robin Wright, Michael Kelly, Sam Worthington, Keira Knightley, Emily Watson, and Jake Gyllenhaal. It is based on the real events of the 1996 Mount Everest disaster, and focuses on the survival attempts of two expedition groups, one led by Rob Hall (Clarke) and the other by Scott Fischer (Gyllenhaal).