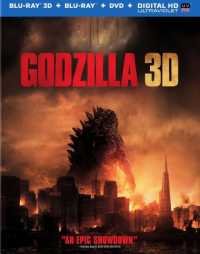 Godzilla is a 2014 American monster film directed by Gareth Edwards. The film is a reboot of Toho’s Godzilla franchise and is the 30th film in the Godzilla franchise, the first film in Legendary’s MonsterVerse, and the second Godzilla film to be completely produced by a Hollywood studio, the first being the 1998 film of the same name. The film stars Aaron Taylor-Johnson, Ken Watanabe, Elizabeth Olsen, Juliette Binoche, Sally Hawkins, David Strathairn, and Bryan Cranston. Filming took place in the United States and Canada in 2013.

Godzilla was released on May 16, 2014 to positive reviews, and was a box office success, grossing $200 million domestically and $529.1 million worldwide. The film’s success prompted Toho to produce a reboot of their own and Legendary to proceed with sequels and a shared cinematic franchise, with Godzilla: King of the Monsters set to be released in 2019 and Godzilla vs. Kong to be released in 2020.