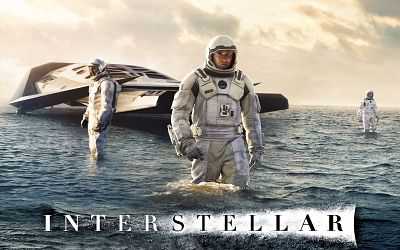 Sometime in the 21st century, a series of crop blights and dust storms on Earth threatens humanity’s survival. Joseph Cooper, a widowed former NASA pilot, runs a farm with his father-in-law, son Tom, and daughter Murphy. Living in a post-truth society (Cooper is reprimanded at school for telling Murphy that the Apollo missions did indeed happen), Cooper encourages Murphy to carefully observe and record what she sees. They realize that a pattern of dust on the floor is created by gravity variations and not—as Murphy first believed—by a poltergeist. Decoding it as a set of geographic coordinates, Cooper and Murphy follow them to a secret NASA facility, where they are met by Cooper’s former professor, Dr. Brand.