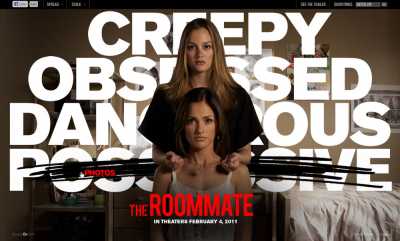 The Roommate is a 2011 American psychological thriller directed by Christian E. Christiansen and written by Sonny Mallhi. The film stars Leighton Meester, Minka Kelly, Cam Gigandet, Danneel Harris, Matt Lanter, and Aly Michalka. It was theatrically released on February 4, 2011. The film is inspired by the 1992 film Single White Female. Sara Matthews (Minka Kelly) is starting her freshman year of college. She meets Tracy (Aly Michalka), Stephen (Cam Gigandet) – her love interest – and Rebecca (Leighton Meester), her college roommate. The girls begin to bond and Rebecca learns that Sara had an older sister, Emily, who died when Sara was nine, and an ex-boyfriend, Jason (Matt Lanter), who keeps calling her in attempts to reconcile. As time goes on, Rebecca’s obsession with Sara grows, which causes her to drive away anyone who could come between them.