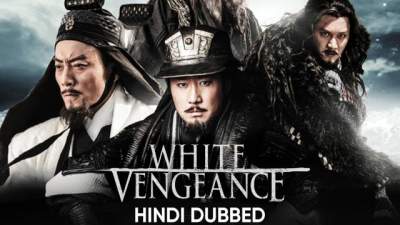 After enjoying some early success in the action genre with Jet Li’s BLACK MASK, writer-director Daniel Lee struggled to maintain any real momentum, which culminated in the truly ridiculous DRAGON SQUAD in 2005. Since then he has moved into directing period wartime epics, firstly with the rather uninspiring Andy Lau/Sammo Hung vehicle THREE KINGDOMS: RESSURECTION OF THE DRAGON, followed by the notably better but still rather unexceptional 14 BLADES, starring Donnie Yen. With his new film WHITE VENGEANCE, Lee has been trusted with a bigger budget and a considerably larger canvas, for an epic story of loyalty, betrayal and the thirst for power.

The film centres around a famous incident known as the Banquet of Hongmen, where opposing Generals Xiang Yu and Liu Bang met under the guise of friendly terms, but which was in fact arranged in order to assassinate Liu. Originally they had been sworn brothers, united in their efforts to conquer China in the wake of the collapsed Qin Dynasty. Xiang Yu (Feng Shaofeng) commanded the Chu forces, on behalf of the temporary King Huai (Zhao Huinan), but fully intended to take over for himself. He forms an uneasy alliance with Liu Bang (Leon Lai), who has no aspirations of power and fully supports Xiang Yu. However, Liu’s loyal forces insist that he seeks the leadership for himself.